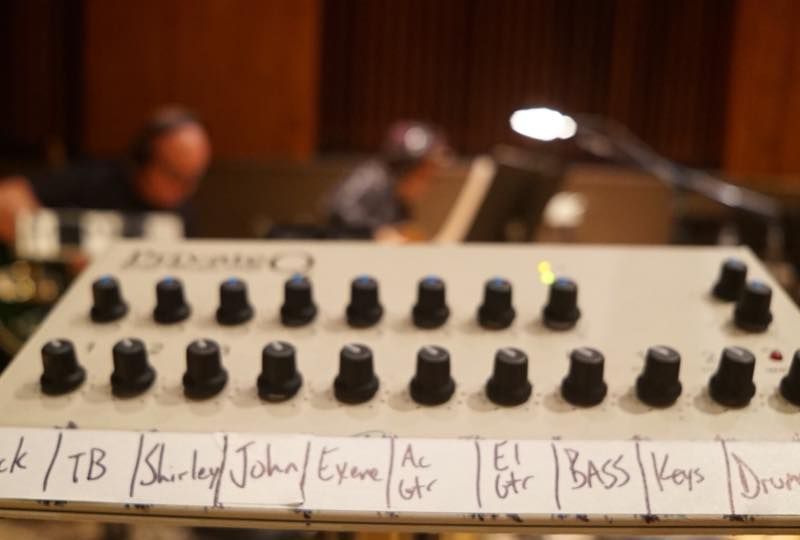 Garbage are back in the studio and recording a new album.

Shirley has recently confirmed in an interview that they are writing a new record. They have also been posting some photos which would suggest the band are recording a track with John Doe and Exene Cervenka. The pair supported on some dates during the Rage and Rapture tour, the band haven’t confirmed this but two photos posted on social media clearly show their names.